‘Call hi toh karna hai’ – was the standard answer of my father every time I used to ask him to switch his phone for a new one. We didn’t have these big-screen, powerful gaming smartphones those days, of course. As a child, I was more curious and tempted towards a phone that came with a ‘QWERTY’ keypad (yes that was a BIG thing then) or a flip-phone (Oh! that was so cool!). Glorious days indeed! But, that wasn’t the priority of my father or most adults in those days. They just needed a device that would allow them to make calls or send SMS – that too, mostly on festivals. That changed with the introduction of smartphones. And HOW! Fast forward to 2019 and it seems that customers are buying phones for all kinds of reasons except, calling or texting!

Even as more and more companies target gamers or users that like to consume media, no other feature has evolved as much as the camera. The evolution started with Apple introducing the front-camera in 2010 as selfies became an international phenomenon. Least did we know that in 2019, the battle would be played around these front cameras mostly.

The Beginning
In what has been an exciting year for smartphone lovers, selfie cameras have been played around with the most. As demand for a full screen display increased, the evolution started in 2018 itself with Vivo introducing the first pop-up selfie camera with NEX. Since then, we have seen the front camera change in a number of ways with Honor View 20 bringing the punch-hole camera or as many call it – the in-display camera to India which was adopted by many other brands too. As Vivo continued with its pop-up selfie camera in V15 and V15 Pro, the tech was adopted in flagship smartphones like OnePlus 7 series and most recently, in the Redmi K20 series. 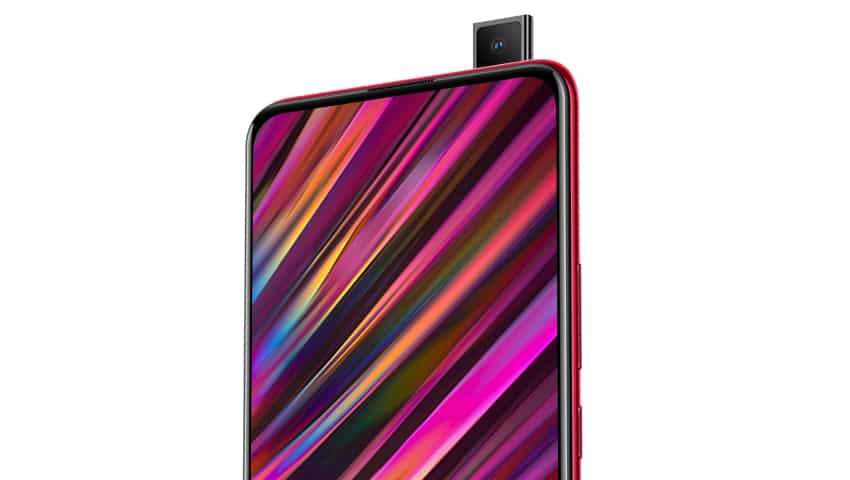 There is no doubt that cameras in phones have evolved drastically over the past couple of years and have become the primary USP for consumers when buying a smartphone, Nipun Marya, Director, Brand Strategy, Vivo India told Zee Business Online, while explaining that consumers no longer wish to carry around a separate device for clicking pictures or making videos, thus they need a camera that is capable and effective in capturing their precious moments.

Both V15 and V15 Pro introduced earlier this year in India, were received well by the consumers. According to the latest Counterpoint Q1 2019 report, Vivo has emerged as the fastest growing brand with an impressive 119% Y-o-Y growth despite India’s overall smartphone shipments growing at a mere 4% YoY.

Nipun believes that this growth was largely driven by some of company’s products launched in India market under the Y-series and V-Series product portfolio. “This growth is a testament to our onward journey in the marketplace. Vivo’s success in India is a result of the right mix of strategic mix of products, pricing and distribution strategy – from a vast and innovative product portfolio with Y, V, X and NEX, extensive large offline presence spread across metros to Tier II and III markets, presence on leading e-tailers with own E-store, own manufacturing facility with plans to establish another one,” he added.

The company had recently launched its latest smartphone Z1Pro in India, replacing the pop-up camera with an in-display camera. The smartphone targets online customers and with it, Vivo aims to build a strong foundation to create a successful long-term brand in India and continuously bring value proposition products backed by an aggressive marketing strategy, Nipun said.

The Battle continues
While we were still adjusting to these pop-up selfie cameras, trying to figure out if they are as effective as they appear, Oppo introduced a ‘shark fin’ like front camera module with its Reno series. Will Yang, CMO OPPO, South Asia believes that this experiment with front camera was a result of company’s dedication towards providing products infused with state of the art and innovative technology. 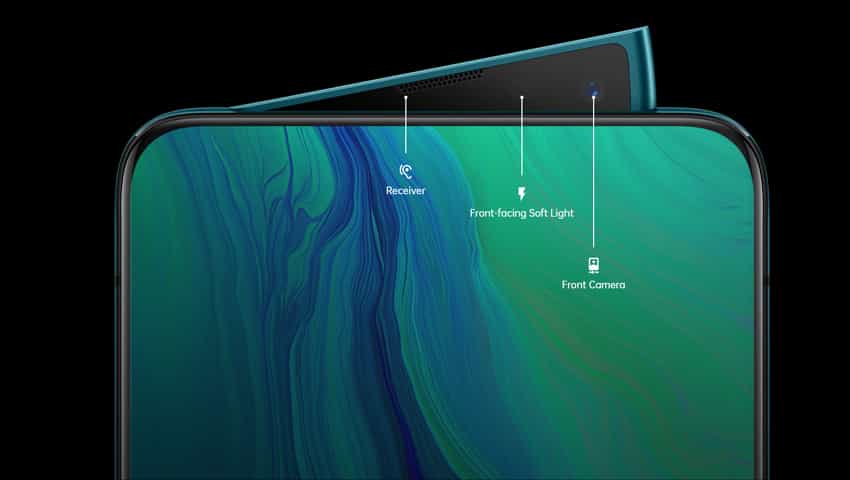 “Our key focus has always been on being a brand that is relatable to the youth, trend-setting and driven by beauty. These focus areas are major reason for frequent experiments and offer consumers a superior experience of a digital life through internet-optimized products that offer best in class services. We saw a huge trend of people clicking pictures and putting it on social media. Therefore, we have launched multiple smartphones from Find X, F11 Pro to Reno series which provides excellent smartphone photography experience to young people around the world,” Yang told Zee Business Online.

This shark fin camera was followed by a motorised front camera from Asus which was introduced last month with the Asus 6z. The module has been taken to another level by Samsung with Galaxy A80 which comes with a 48MP rotating triple rear camera. Here, the camera not only pops up but also flips to give you similar quality with selfies that you get with the rear camera. 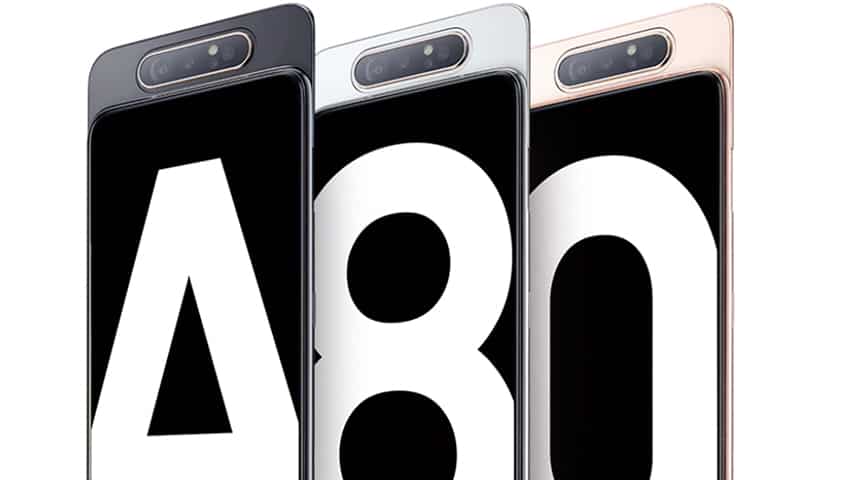 “Given the ever-growing selfie trend, we have been constantly innovating to deliver the best of selfie experience. The other reason behind innovation in selfies is to provide consumers greater screen real estate for immersive viewing experience which has become the latest trend in the smartphone industry. To stay relevant in this aggressive smartphone market, manufacturers need to constantly evolve, and innovate. The smartphone space is very competitive and when it comes to camera technology, players are constantly trying to provide something unique in order to attract consumers,” Nipun said. 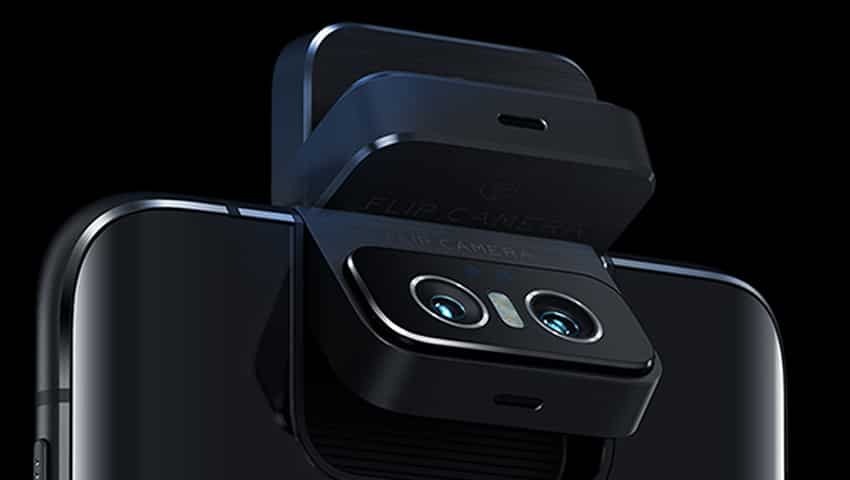 Yang further explained that none of these changes are being made just for the sake of it and customer satisfaction is being given priority.

“We ensure that OPPO truly cater to their needs and stay in sync with the evolving times. For instance, we realised that majority of a consumer time is spent on content consumption and hence an important feature is a large screen to body ratio for them. Keeping abreast with such consumer requirements, we have built a connect with them and offered them a seamless and hassle-free smartphone experience. We focus our energy on giving our consumers exactly what they want without compromising on other aspects of the smartphone,” he said. 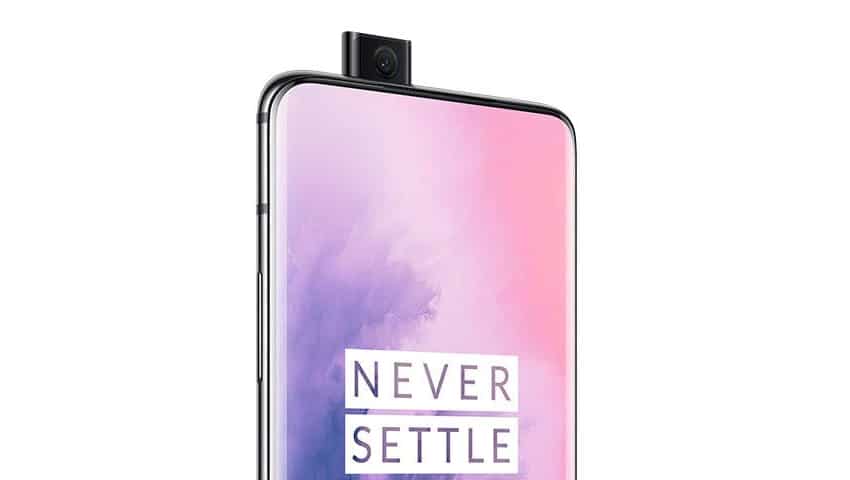 Vivo’s strategy is no different as Nipun said that the company would continue to identify the needs of its customers and evolve its tech accordingly.

“Smartphones market is dynamic and revolves around the need of consumer’s demand and innovations. After pop-up selfie camera, In-Display camera, triple rear camera we will continue to pursue the innovation streak by launching unique products for consumers. We will continue with our incisive research to better understand our consumer psyche to bring suitable products for them. How our products make a difference in the consumers’ lives will define our success and growth going forward,” he said.

Samsung has also revealed that it is working on a technology with might help it create the ‘perfect full-screen device’. 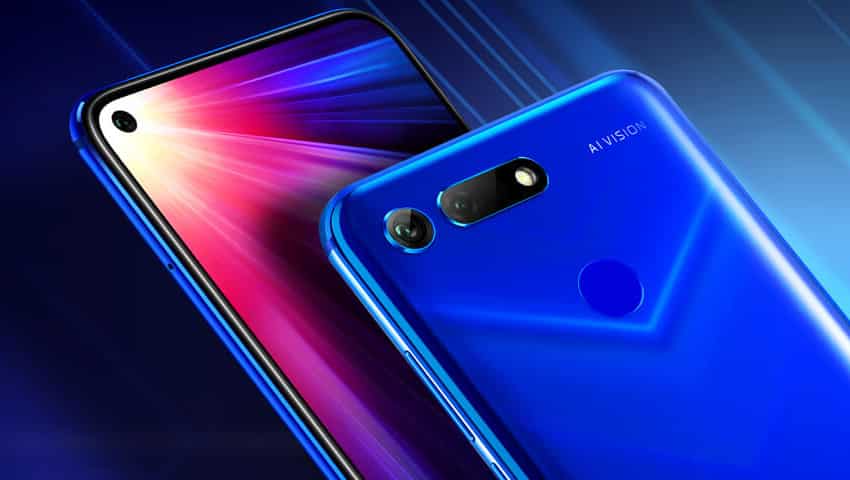 As we have seen in the past, tech travels fast. And, one must believe that other smartphone manufacturers won’t be too late to react either. Of course, as the experiment with the front camera continues, the customers will end up being the biggest beneficiaries.

As far as my father is concerned, well, he finally switched to a smartphone but continues to be happy with one that allows him to make calls, send messages and importantly, use WhatsApp!